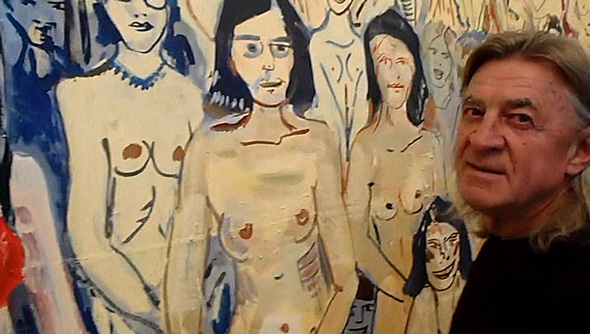 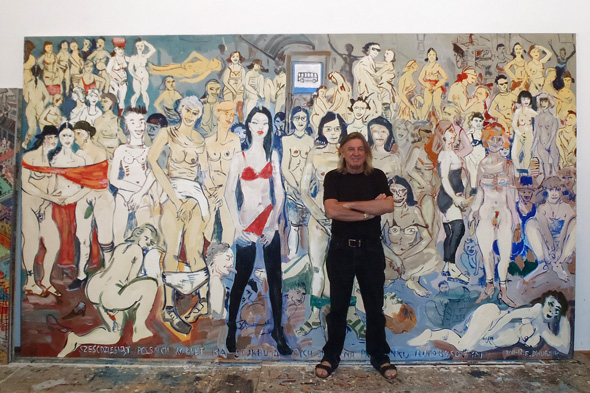 Our conclusion: Edward Dwurnik is an empathic male feminist. In the end we add a short but relevant interview with the artist:

ED: Almost all women I asked to pose agreed happily. There are several artists, a gallery owner from Poznań, a curator from Olsztyn and one of the managers at BWA Gallery. There are also wives of politicians and sports officials.

ED: They like to be physically active, you know.

AiB: And all the talk about women’s lib, isn’t it just a lousy excuse to show more cheesecake? In the 19th century the photos of naked women were sold under the cover of mythology or religion…

AiB: But why are they doing that at the bus stop?

AiB: Are you planning to paint Polish male masturbators?

ED: I will place them at a railway station.