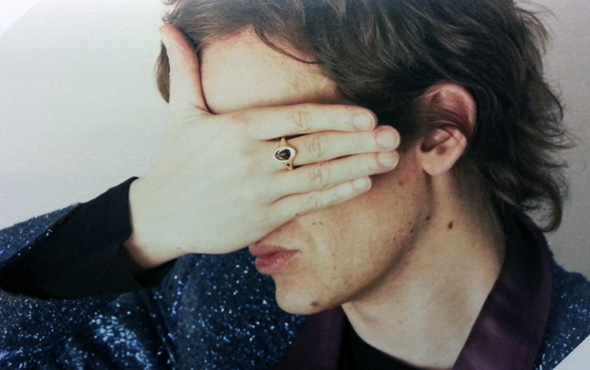 Oskar Dawicki was supposed to become a painter, but he eventually turned out to be a performer. He even graduated from the Faculty of Fine Arts at Nicolaus Copernicus University in Toruń, under the tutorage of Professor Lech Wolski. Luckily for the Polish artistic scene, however, he got into and became hooked on performance art while still at university. Fascinated by the art of Zbigniew Warpechowski, whom he considers to be his master, in the 90’s Dawicki co-founded the Tu Performance group and in 2001 – together with Igor Krenz, Wojciech Niedzielk and Łukasz Skąpski – the Azorro group (named ‘the Polish Monty Python’!). He expanded his performance art with photography, objects and installations – and all this in a post-conceptual climate and in the realm of absurdity, or, at least, irony and the grotesque. 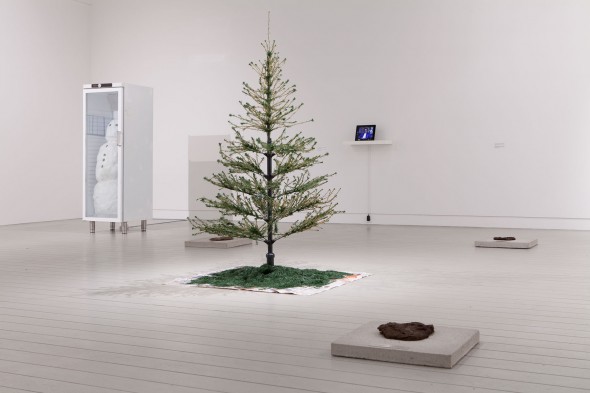 For the last eight years he has been dealing with the existential issues of identity and the role of an artist, wearing his immortal blue brocade jacket. At the Performer exhibition in Poznan’s Art Station Gallery Oskar Dawicki is presented in a nutshell – blended and condensed. There are his numerous roles and personifications, his interdisciplinary approach (art, film and literature), a mixture of truth and fiction, reality and pure art. 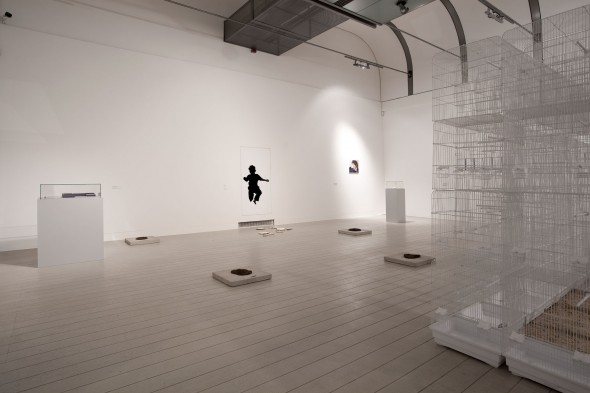 Dawicki is both the artist and the hero of the biographical novel entitled ‘Half empty’ (‘W połowie puste’), which has just seen an updated edition of its 2010 version, and the title hero of the movie called Performer (a pre-release screening in the Art Stations Gallery with the premiere most likely during this year’s edition of the Gdynia Film Festival). In the Art Stations Gallery Dawicki is accompanied by the works of Zbigniew Libera, Wilhelm Sasnal, Aneta Grzeszykowska and Zbigniew Rogalski. At Dawicki’s personal request his fellow artists prepared designs and models of his gravestones. 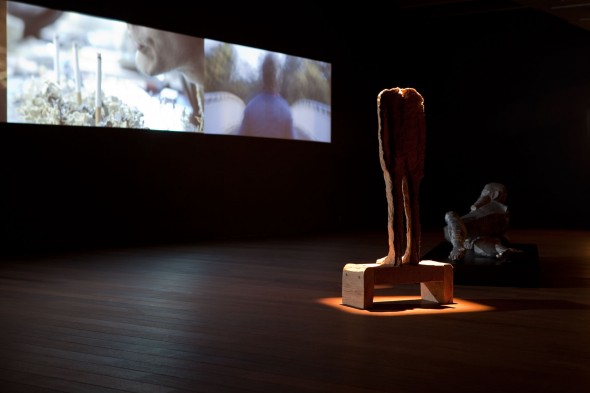 ‘Dawicki assumes the role of an ironist and an illusionist,’ writes Łukasz Gorczyca, the curator of the exhibition. ‘He dons a faded and slightly too small brocade jacket in order to momentarily charm the audience with his perverse sense of humour and his harsh scepticism. He brings us closer to the final experience and, at the same time, he shows us numerous escape routes.’ Well said! We have, however, always found the jacket slightly too big…