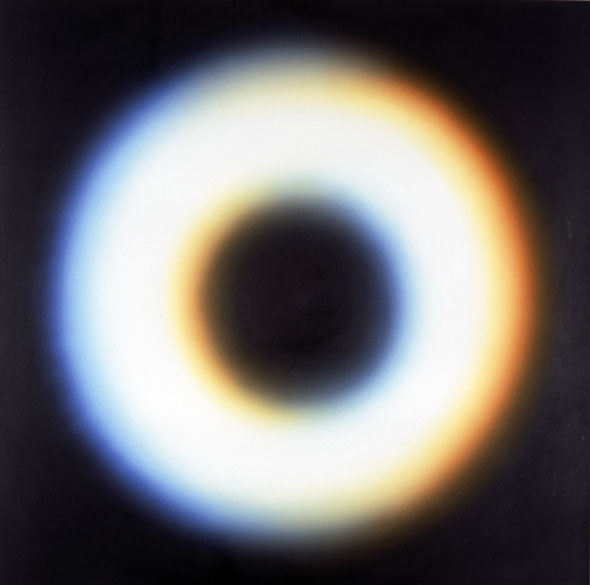 The National Museum in Kraków has organised a magnificent exhibition of Wojciech Fangor’s paintings – a grand, retrospective and jubilee must-see event.

‘When changing subject matter I also change my means of expression,’ says Wojciech Fangor. ‘It helps to single out particular chapters of my artistic story, but all my paintings – regardless of whether they are thin or thick, short or tall, speckled or cross-eyed – are of the same father and different mothers. They all belong to one family and are immersed in the same time.’ Innovative concepts built the artist’s well-deserved reputation of a classic of modern Polish art. He would often be ahead of his time, having taken the actions within the scope of environment art or op-art even before these artistic trends were officially initiated in the world. Since 1970 he has remained the only Polish artists so far to have had his own exhibition in the Guggenheim Museum (New York). 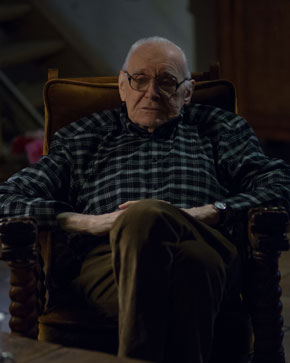 Before the war he was a child from a wealthy family, travelling, visiting museums and having fun. He learnt painting from Tadeusz Pruszkowski and Felicjan Szczęsny-Kowarski, and after the war he was famous for his social realistic works. In 1951 Lenin in Poronin and Korean Mother won him an award in the Warsaw’s National Painting Contest. As Fangor says, that was when he got rid of his superstitions, snobbism, habits and prejudices.

A few years later the concept of space as a means of artistic expression led Fangor to the issue that has dominated his art. In 1957, during the 2nd Exhibition of Modern Art that took place in Warsaw’s Zachęta, he presented Spatial Composition, created in collaboration with the architects Oskar Hansen and Stanisław Zamecznik, while a year later he and Zamecznik organised an exhibition called A Study of Space in Warsaw’s Salon Nowej Kultury – the first environment art installation made of optical paintings. Ever since then Fangor has been working upon the issue of correlations between paintings, and paintings and audience. He has studied colour theory and focused on creating ‘positive illusory space’.

‘Paintings in the positive illusory space seem to be moving, while colours blend and throb,’ says the artist. ‘It’s caused by the spontaneous reactions of the human eye. The lack of clear boundaries between shapes and colours results in dilation or constriction of the pupils, and sometimes in squinting, which – in turn – diminishes or increases the amount of light, leading to changes in the size of shapes and to seeming movement. This seeming movement brings about associations with the parallax movement, which is one of the key factors in spatial perception. In addition, the crystalline lens is futilely attempting to focus on the blurred contours, which results in the throbbing effect of the shapes.’ It’s the period of paintings full of circles, waves and stripes of hazy, torn edges and op-art afterimages.

In the mid 1970’s Fangor returned to figurative art and painting, creating spatial studies of interiors and referring to famous works in the history of art. He also prepared a series of ‘TV Works’ that were covered in the network of pixel-like dots which created the visual effect of a TV broadcast. In his most recent works the artist willingly refers to his older ones. He enlarges them on computer screens, picks up particular fragments, prints out huge charts and processes them, plays with them, blending the old with the new. 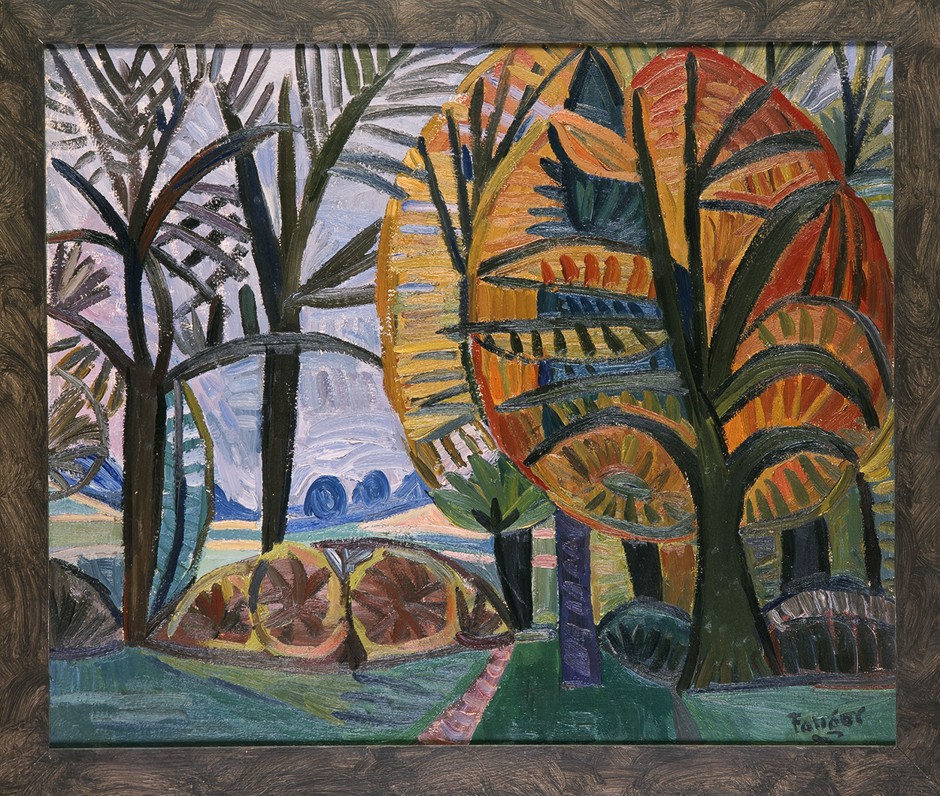 ‘Theories stem from paintings and not the other way round,’ says Fangor. ‘Paintings tell me what I should think, but just not right away.’

Wojciech Fangor is a magnificent story teller. In his house in Błędów near Warsaw we listened to his stories about drinking vodka in communist times, and about how the 15-year-old Wojciech saw Picasso’s Guernica in 1937 during an international exhibition in Paris. Shame we had to leave so early. 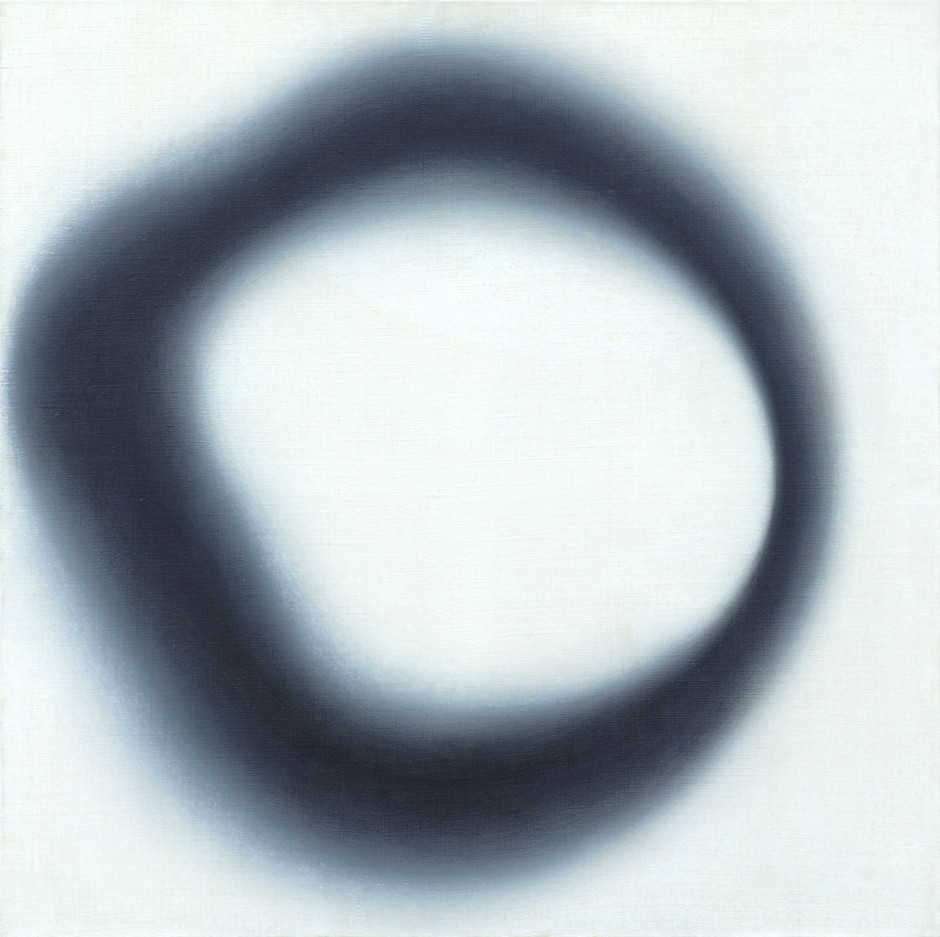 An extra comment on the exhibition in Krakow: do not miss the brilliantly prepared catalogue. It is strange and slightly embarrassing, however, that the English version costs 30 PLN more than the Polish one. World-class museums do not do such things.