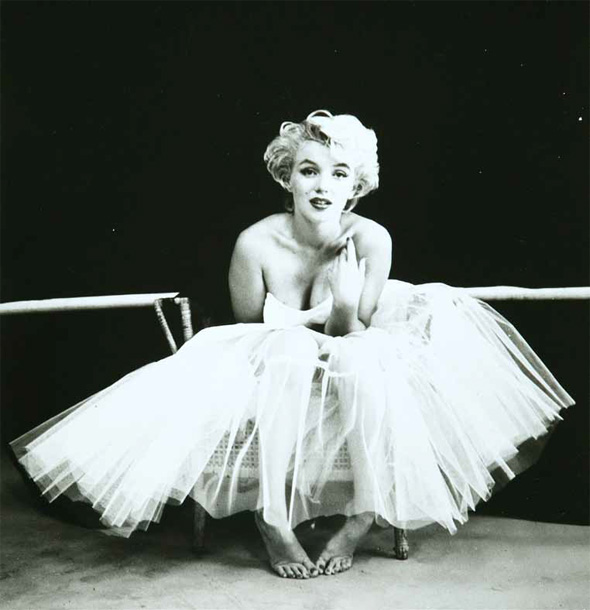 Marylin Monroe was stunning, despite not being particularly slim by today’s standards. The curvy actress in her ballet dress looks like the world’s most appetizing meringue. ‘Time’ magazine nominated that snap one of the three best known photographs of the 20th century. The sensuous session took place in 1954 in the New York’s atelier of Milton H. Greene (for years he had been friends with MM, it may even have been love – he would photograph her on film sets and in her private life). Her brilliant neckline, bare shoulders and erotic aura all resulted from the simple fact that the dress designed by Ann Klein was too small. MM could not do it up at the back, which led to her taking bent poses. Does the story debunk the legend? Not at all!

This and many more photos by Greene are going on the block – the auction is held at Desa Unicum on the 8th of November.