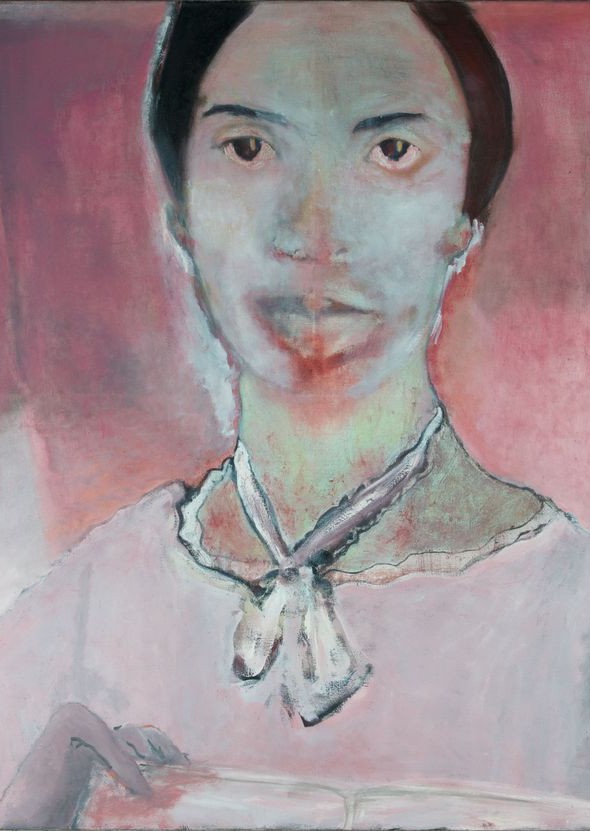 Apparently it’s trendy these days to advertise small exhibitions with big banners. Well, at least, when the names are big. Wróblewski in the National Museum in Kraków, Dumas in Zachęta National Gallery of Art in Warsaw. Big banners raise big appetites and high hopes for great exhibitions and yet the events are small, the works scarce and the audience left with the feeling that it could have been better and more… At least in Zachęta they explain straightforwardly that ‘rather than a comprehensive retrospective, this exhibition, developed in collaboration with the artist, focuses on a number of themes present in Dumas’ rich output. Although Love Hasn’t Got Anything To Do With It takes as its point of departure the artist’s early works – drawings and collages from the first half of the 1980’s – the show also includes recent paintings. Its title, borrowed from one of Dumas’ first works, can be read as a fitting commentary to the whole of her practice.’ Being such a great artist, Dumas is extremely popular among male and female researchers of gender studies. In her art she is interested in numerous subjects such as racism, eroticism, feminism, death, evil and suffering. She often uses photos, quotes and film frames – from the history of art and film. As she puts it, there are no virgins among her models. It is always worth seeing Dumas and the same goes for Wróblewski. Those disappointed with the small number of her works on display may find consolation in watching a film about her. The intriguing title of the exhibition – Love Hasn’t Got Anything To Do With It – comes from one of her early works, so we get a few motifs of hers as incentive plus the film by way of compensation. And we are waiting for more. Marlene Dumas Love Hasn’t Got Anything To Do With It 6th October – 14th November